It seems that hackers have unearthed a stash with internal documentation of Nintendo , where many important secrets about previous projects of the Corporation were stored. Fans even call this the biggest leak in Nintendo's history .

Hackers publish files via 4chan. Among the merged data are test demos for the Nintendo 64, private information about working on the GameCube platform, source code and builds for the" debag " Pokémon Yellow and Pokémon Gold \& Silver, official authentication on the Nintendo 3DS, and much more.

It seems that the Wii got the worst of it: hackers managed to get detailed design documents, operating system source code, as well as diagrams, diagrams, specifications, and Verilog files for each component. Verilog is a special computer language that describes the structure and behavior of electrical circuits. According to eyewitnesses, merging Verilog files for the Wii means that the community will be able to meticulously disassemble every detail of the console.

This and other merged information can greatly help people who are engaged in cloning Nintendo consoles . Although the creators of the Dolphin emulator have already disavowed the software treasure: Nintendois not able to nail them just because Dolphin is built on pure reverse engineering and does not use private corporate information in any way.

In internal presentations of the Corporation, users also find interesting information about what guided Nintendoin some decisions. For example, you can't add friends by their nicknames on company devices --- only by using cumbersome and inconvenient 12-digit "friend codes".

As it turned out, Nintendo considered adding "screen names", but considered that this scheme contradicts the principles of simplicity (too high the probability of repeated nicknames) and comfort (too high the probability that undesirable individuals will be able to guess the "screen name" from the real name of the victim). The presentation was made during the Wii era, but even on Switch, Nintendocontinues to use "friend codes".

In February, we wrote about how the FBI caught the hacker++Ryan++ Hernandez-he stole private information about Switch from Nintendo servers . It is assumed that the leak in this news has nothing to do with++Hernandez++ -it is attributed to other burglars. According to one version, the files were obtained not from Nintendo itself , but from BroadOn --- the company that Nintendohired to develop the Wii's software and hardware.

Plums have been regularly fasted for several months now. Probably, hackers have leaked a huge archive of data, where there is still a lot of what has not yet been posted on the Network. 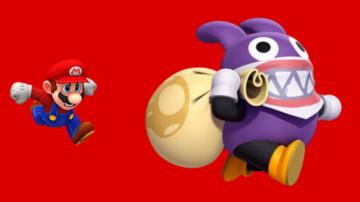