#Decryptmessage: in Russia is unplanned day of charity

"Generous Tuesday" is an annual charity day that usually takes place around the world after thanksgiving in the United States (late November --- early December). This year, due to the pandemic, it was moved six months earlier --- to may 5. Tell us what is happening in Russia today and how to become a participant in the campaign

An unscheduled event in support of charity in Russia is held under the tag (global tag---). It is coordinated by the charity Foundation for the development of philanthropy "CAF", a branch of the international organization CAF (Charities Aid Foundation).

Last year, more than 3,000 events took place across the country, including small towns and villages --- this helped increase both the number of donors and the donations themselves by three times, compared to the average day.

This year, partners of the extra-curricular event include the Need for help Foundation, the Blagosphere center, the Vladimir Potanin Charitable Foundation, the Commonwealth of good cities, The Russian donor forum, and other NGOs, communities, government agencies, and commercial companies.

All the initiatives that you can participate in today and in the coming days in different cities of Russia are posted on the project website . For example, you can participate in fundraising on food for adults with severe mental illness, participate in free webinar with psychologists about how to carefully transmit their values to children (at the same time, you can make a donation to the Fund "our Children", which is engaged in helping orphaned children and preventing social orphanhood). Or for example British world war II veteran Tom Moore create a challenge on a fundraising platform and raise funds for any good cause.

Business is also actively involved. Amway doubled the amount that was collected to help foster families in the two-week campaign "Doubly responsible" - it was 750 thousand, became 1.5 million rubles. Today, all funds will be transferred to the account of the Federal remote support service for foster families (fdsps). Petroleum Trading company doubles all donations that will be made to 4 organizations on the platform today.: Fair help of Dr. Lisa, Sunny day, Children without mothers Foundation and Samara shelter for stray animals "hati". And CityBank became a sponsor flashmob "thank You" --- for each published gratitude, the Bank transfers 100 rubles to charity. #ЩедрыйВторникСейчас #GivingTuesdayNow #ЩедрыйВторник #ЩедрыйВторникСейчас. 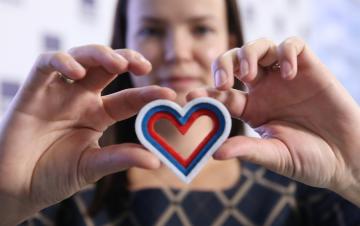