Visitors tend, first of all, to resort villages to wait out the pandemic there.

"Kerch, Leninsky, black sea regions are full of visitors ---" said the head of the Republic of Crimea Sergey Aksenov. --- They call me and say: there are cars from other regions in every yard. We are now deciding to carry out a continuous verification of documents, " the local newspaper quotes him as saying ikrim.net

How people enter the Peninsula, and even by car-it is unclear, the Ministry of internal Affairs claims that only those who have registration or real estate are allowed in.

But tourists are ready to do anything to get to Crimea.

"They call and ask what conditions you have in the observatories," said Deputy Prime Minister Elena Romanovskaya. --- The same as everywhere: 14 days without leaving the box." "The disadvantage is that from some Windows you can see the sea," commented Aksenov.

The fact is that one of the observatories opened in the sanatorium "Mishor", where the Windows offer a beautiful view of the sea.

Earlier, Sergey Aksenov said that the Russians are coming up with new illegal ways to enter the Crimea. Gray travel patterns appeared after the decision was made to place all arrivals to the Peninsula from other regions of the Russian Federation in quarantine. Residents of Russian regions travel in minibuses with state license plates from Krasnodar to the checkpoint on the Taman Bank, and then transfer to a Crimean taxi. To explain the need to come to the territory of the Republic, drivers and passengers tell invented stories. 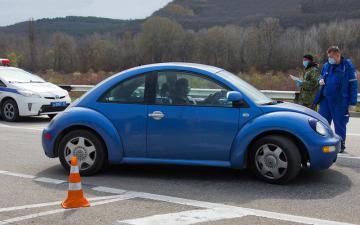