The Internet never ceases to surprise us --- in our time, when from prying eyes, it would seem, nothing can be hidden, the network can detect the gameplay of the unseen Prince of Persia , which rested on YouTube for eight years. In fact, this is what happened today.

If you believe the title of the video, the canceled game was subtitled Redemption . It looks like it was a restart The Sands of Time , in which Ubisoft I tried to preserve the recognizable features of the sand trilogy --- linear acrobatic episodes, battles, and time rewind.

The demo impresses with its setting --- everything falls apart around the main character, falls and thunders. The audience compares the action with Uncharted but let's not forget that such staged segments, even if not as spectacular, were in the old three-dimensional "Princes"!

It seems that the video is not fake: a couple of years ago, even an employee appeared in the comments Ubisoft . "Where did you get this?!" - wrote the assistant technical Director (Marc-André Belleau). In addition, users ResetEra unearthed a mention of canceled Prince of Persia for PC, PlayStation 3 and Xbox 360 in the business social network LinkedIn.

We will remind that quite recently Ubisoft registered domain Prince of Persia 6. Spread your conspiracy theories-maybe the French publisher specifically pulled the video to the light of day to once again check the popular interest in the series!

Updated at 18: 52 GMT. The find was commented on by an animator (Jonathan Cooper), who previously worked in Ubisoft . According to him, the video shows not real gameplay, but a pre --- render-this is the goal the authors would have sought if the game could have been brought to a later stage of production. The video inspired the authors of the internal demonstration Assassin's Creed III . 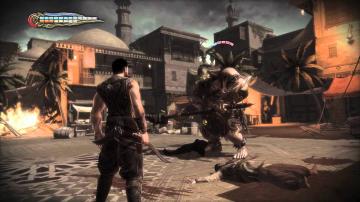