In may, the publishing house "Komilfo" will release in Russia a comic book "League of Legends --- ash, the mother of War", dedicated to the formation of the famous Northern warrior ash. Illustrated by Russian artist Nina Vakueva. The exact release date of the comic will be announced later.

Ash-a cold-Born from the harsh Northern wastes, a warrior, endowed with a mystical connection with her icy homeland, who tries to meet the requirements of a fanatical mother. When they embark on a dangerous journey to find out whether the ancient legends are true, all ties are broken and sinister secrets are revealed that will forever change the appearance of Runterra. Can young ash become the leader her people need? Or are all dreams of destiny empty and meaningless?

We remind you that at the beginning of the year, the Russian language has already released a comic "League of Legends --- Suite". 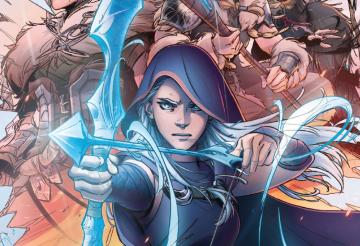