In Second Extinction a team of three fighters fights with mutant dinosaurs that have taken over the planet. The key to success is teamwork, especially since the characters differ in specialization: each has its own set of weapons, skills and abilities. The group will have to deal with electric raptors, tyrannosaurs and other creatures.

One of the features of the game is a global war with dinosaurs: the course of the confrontation will depend on the joint efforts of the community. The authors intend to support the project for a long time.

Second Extinction visit the PC ( Steam ), Xbox One and Xbox Series X. This summer, a closed beta test will be launched --- apply for participation in it you can do it here . 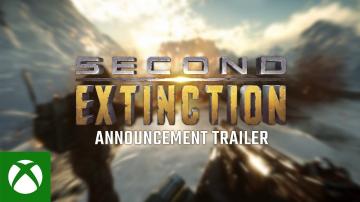