Polish Studio ECC Games has finally released the early access Steam racing simulator Drift21 , which has been working on for more than three years. The game was initially named Drift19 , then it was changed to Drift20, and it appeared under the name Drift21.
Drift21 focuses on Japanese race tracks and Ebisucomplex Championships . In the early access version, there are three such routes so far: School, Driftland and Minami. Players will be able to conquer them on licensed cars Mazda MX5, Nissan Silvia S15 and Subaru BRZ.
For the next few months, the creators of the game have planned many innovations and content extensions: new tracks, cars, modifications and game modes, including multiplayer. At the same time, the Studio will edit and Polish the game.
Due to the fact that version 1.0 will be significantly different from what is available now, in early access, Drift21 is sold at a reduced price, and even at a discount. So you can still buy the game for 900 rubles. Its price will be increased by the time it is released.
More on Gambling 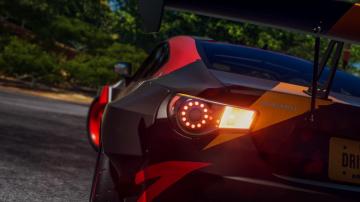