Today, during the first demonstration of the game process "Assassin's Creed Valhalla" --- a new part of the Assassin's Creed series --- on the Xbox Series X, Ubisoft announced that the game will fully realize all the advantages provided by the new generation of consoles, including the Xbox Series X from Microsoft. Also, players were able to see fragments of the game world for the first time in the gameplay trailer.

"For us, developers, it is always a great pleasure to deal with new platforms, because it expands the technical capabilities for the implementation of our plans. Assassin's Creed teams are always looking to use new technologies and the advantages of new consoles to make the game's adventures even more impressive. We are happy to work closely with Microsoft to release "Assassin's Creed Valhalla" on the Xbox Series X, "says Ashraf Ismail, creative Director of"Assassin's Creed Valhalla".

On the creation of "Assassin's Creed Valhalla" work specialists Studio Ubisoft Montreal, who worked on "Assassin's Creed IV Black flag" and "Assassin's Creed Origins". The new game will tell the Saga of a fierce warrior named Avor, who was raised on the legends of battles and military glory. Players will find an exciting story about the Vikings. The action takes place in a dynamically changing and picturesque open world in the harsh surroundings of England in the dark ages. Players will have to learn new mechanics: making raids, developing villages, strengthening their own power and expanding the area of influence.

The release of "Assassin's Creed Valhalla" in all countries of the world on the Xbox Series X, Xbox One, PlayStation 5, PlayStation 4 and Windows PC (exclusively in the Epic Games Store and Ubisoft Store) will take place at the end of 2020. The game will also be available as part OF uplay+, a Ubisoft subscription service.

Players who pre-order " Assassin's Creed Valhalla "will receive an additional task" the Way of the Berserker", in which they can learn the story of the legendary Norwegian Berserker who wants revenge. The task will be available from the moment the game is released. 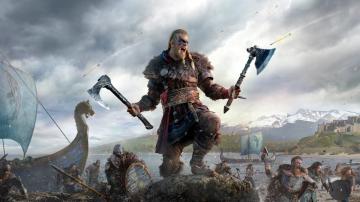