The authors and publisher of the famous Fortnite battle Royale, Epic Games, praised the game's statistics. Now more than 350 million players are registered in the competitive action, which makes it one of the most popular projects in the world, along with the always relevant and popular sandbox Minecraft.

At the same time, as of March 2019, the number of Fortnite users was 250 million. In other words, the audience has grown by more than 150 million users over the past year. In April 2020, players spent more than 3.2 billion hours in the battle Royale.

Fortnite is now available on PC, all consoles, and mobile devices.

Among other things, the game recently hosted the largest music concert in history. It was given by rapper Travis Scott. 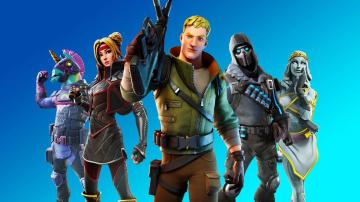