Nintendo has published a recent report that contains information about the best-selling hybrid Switch games. The data is current as of March 31, 2020.

The best-selling game for Switch is still the arcade race Mario Kart 8 Deluxe --- its total circulation reached 24.77 million copies. The second most popular game is still the fighting game Super Smash Bros. Ultimate. --- it was purchased by 18.84 million Switch users. And the acclaimed the Legend of Zelda: Breath of the Wild sold 17.41 million copies.

There is a high probability that Animal Crossing: New Horizons, released in March 2020, will be able to enter the top three most popular exclusives on Switch --- as of March 31, 2020, the game was purchased by 11.77 million gamers. At the time of writing this news, the circulation of the simulator of life on the island was more than 13 million. 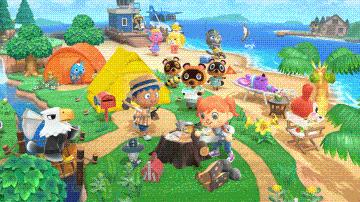