-- V1lat: \<\<CEOS of the largest organizations in the CIS arrange a media srach for 35 thousand dollars. Seriously?>>

Offer of the day. Bafik: "Combining the CIS and Europe into one region would be a good solution from Valve>>

Podcast of the day. "From the application Virtus.pro I'm burning up." Komkov explained to vilat who he owed Money to and for what

Quirks of the day. Ridiculous quirk from Virtus.pro: let's go push with a Rapier, Aegis is over -- well, you understand 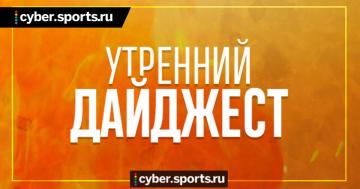