Out of thousands of press photographers from 62 countries participating in world war II, it was Soviet photographers who left the most poignant evidence of the war. But until now, many names of front-line photographers remain unknown.

For the victory anniversary Multimedia art Museum created an online exhibition , each viewer of which can help in establishing the author of the photo, add facts of the biography of the photographers. 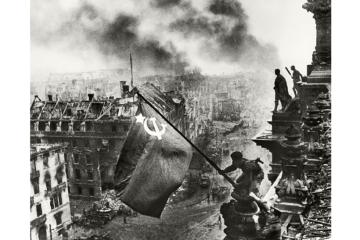