If full-size pickups were a human infected with coronavirus, friends and family would characterize it as a "fighter" in media interviews. It's tough, they'd say ⁠--- it'll get through this alright.

And so it did, shaking off the pandemic-borne sales slump afflicting the U.S. auto industry and returning to almost normal, pre-virus levels last week. Compared to other segments, the pickup's illness was a far milder case. Which isn't to say other segments aren't recovering. They are, just not as quickly as those much-loved trucks. And you have to wonder if certain segments will ever be the same again.

In the week ending May 3rd, the top five automotive segments were down 29 percent from pre-virus forecast, according to sales data amassed by J.D. Power ⁠--- a 9-percent improvement from the week before and a figure far removed from the depths of late March and early April. Of the five, just one can claim normalcy: large pickups, which saw retail sales fall just 1 percent below pre-virus forecast.

Small and midsize SUVs rose to 25 and 26 percent below forecast, with compact SUVs at 38 percent below; significant gains for all, with compacts rising 10 percent in a week. Alas, the same cannot be said for the fifth most popular segment, compact cars , with ended the week down 48 percent.

The recovery curve of compact cars is not nearly as steep as that of its peers (sadly, as we all know, the segment had a pre-existing condition).

As states either spring or tip-toe back to something approaching normal (Dallas has almost completely returned to pre-virus sales levels, with hard-hit Detroit and New York nearing halfway there), automakers and dealerships must contend with what's already been lost ⁠--- that being sales and revenue. Retail sales in April were down 42 percent. Between March 2nd and May 3rd, the industry shed 1,588,577 new and used retail sales, representing a loss of $2.6 billion in dealer profit, J.D. Power estimates.

Sales of premium vehicles accelerated last week, but their volume remains depressed compared to their mainstream counterparts. The most successful of the premium segments, small SUV, was down 35 percent compared to pre-virus forecast --- up significantly from the 70-percent drop seen in the week ending March 29th. Other premium SUV segments aren't far behind. Compact premium cars saw the least recovery over that time period, moving from negative 69 percent to negative 51 percent (vs pre-virus forecast).

As expected, recovery in non-pickup and premium volume meant that the Detroit Three no longer hold the largest share of the retail mix. Ford, Fiat Chrysler, and General Motors' share of the retail mix fell to 43 percent last week, with mainstream, non-Detroit vehicles rising to 45 percent. That ends Motown's five-week run at the top of the charts.

So, who's out there buying these days? Compared to the younger crowd, buyers over the age of 55 continue to be absent in greater numbers ⁠--- bad news for dealers and OEMs, as they tend to have the most spending power and are the most reliable customers. The over-55 crowd vamoosed during the Great Lockdown and, while last week saw sales attributed to this cohort climb significantly, they're still down 37 percent compared to pre-virus forecast.

While oldsters remain reasonably missing in action, sales to the 35-and-under crowd are down by only a quarter ⁠--- a phenomenon J.D. Power attributes to the greater draw of zero-percent financing and long loan terms, which attract the attention of Millennials far more than well-pensioned retirees whose homes are paid off. 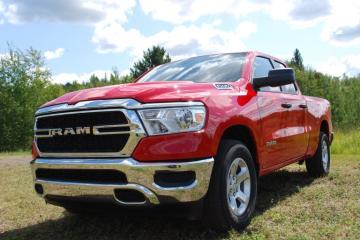