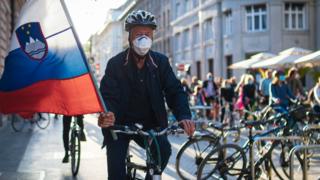 Thousands of people cycled through Slovenia's capital Ljubljana on Friday to protest against the government.

They accused Prime Minister Janez Jansa of using the coronavirus pandemic as a pretext to restrict freedoms.

They have alleged that Mr Jansa is attempting to increase police powers, inciting hatred against migrants, and making personal attacks on journalists.

Slovenia enforced a strict lockdown in response to Covid-19 in mid-March, but eased some measures two weeks ago.

So far, the country has confirmed 1,450 cases of the disease and 100 deaths.
Image copyright AFP Image caption A BBC correspondent says that, for the most part, it was a calm and good-natured affair Image copyright EPA Image caption The protesters said rights were being violated under the pretext of taking action against Covid-19

For the most part, it was a calm and good-natured affair, our correspondent adds. But the riders did chant slogans against the prime minister, including "thieves" and "down with the government". Image copyright EPA Image caption One protester's sign called on the prime minister to resign

Environmental organisations joined the protest. They have said the government has inserted clauses into emergency legislation which would block NGOs from consultations about construction projects.

The government has denied any wrongdoing. 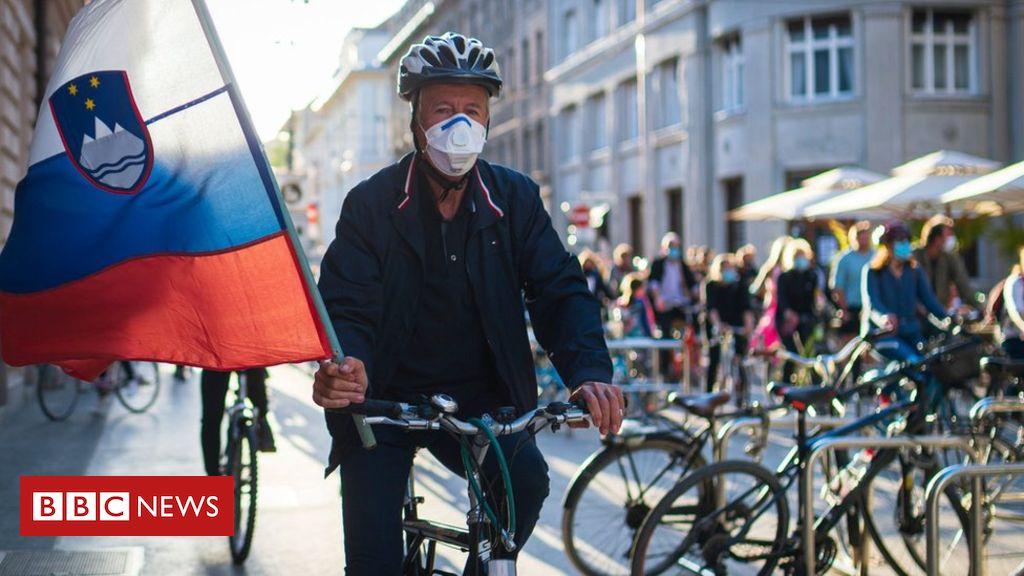