Hamako Mori, a 90-year-old gamer from Japan, entered the Guinness Book of world records as the world's oldest player. She was included in the famous book in 2019, when she was 89 years old. On may 8, 2020, an interview with her was published on the Guinness World Records YouTube channel.

Hamako Mori has been playing games for more than 38 years. Now she publishes her passes on YouTube, where she already has more than 186 thousand subscribers. Recently, she prefers to play GTA V, Resident Evil 3, Call of Duty: Modern Warfare, Borderlands 3, Days Gone and other modern hits.

From the interview, it became known that Hamako spends an average of 7-8 hours a day playing games. The gamer also told that when she can't cope with any task, she feels depressed, but if successful, she is sincerely happy with it. 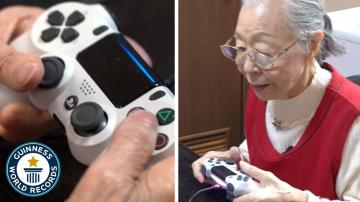