++Pavel++ Djundik is the Creator of SteamDB and a well-known dataminer in the Steam community. In his "Twitter", he said that Valveis preparing a loyalty program, where users are going to distribute additional rewards.

According to++Dundika++ , the system is based on points and allows you to add reactions to reviews in Steam. Among the possible emotions --- "Profound", "Soul", "gotta hear this", "that's Analitika", "Poetic" and "Useful". In addition, loyalty relies on items for Steam inventory, experience for a profile icon, and, it seems, discount coupons for games. Previously++Dundic++ wrote about the framework and animated avatars --- it is possible that they will be rewards in the new program.

The coffee grounds suggest that Valve may introduce a loyalty system as part of special events on Steam like "Spring cleaning" or major sales. The company often arranges special games for the community during discount seasons: for example, at the last summer sale, there were races with prizes.

The next major events on Steam are Spring cleaning from may 24 to may 28 and summer sale from June 25 to July 9. Here are the approximate dates when Valvecan officially launch the loyalty program. 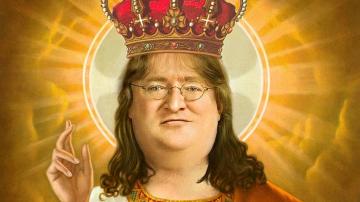