The game that turned the world of skateboarding around is back! The most popular skater on the planet Tony hawk and Vicarious Visions Studio, which breathed new life into crash with Crash Bandicoot N. Sane Trilogy, have teamed up to present updated versions of two legendary games that launched the Tony Hawk franchise --- Tony Hawk's Pro Skater 1 and 2. the Reissue will give users an exciting gameplay, combining all the original locations, professional skaters and old school tricks that players remember from the 90s and 2000s, on new levels recreated in all their glory. The remaster will also include iconic music tracks from the original franchise. Tony Hawk's Pro Skater 1 and 2 will be released on September 4 on PlayStation 4, PlayStation 4 Pro, Microsoft's Xbox One line of consoles, including Xbox One X, and PC via the Epic platform.

"The original series of Tony Hawk's Pro Skater games made a huge contribution to the development of modern skateboarding and inspired many skaters who are now known and loved around the world,>> Tony hawk said. --- "I am happy to help inspire a new generation of skaters, players and fans of the series and further develop skateboarding as a sport."

Tony Hawk's Pro Skater 1 and 2 will feature players ' favorite tricks from the original franchise, including reverse and lip trick. Original multiplayer modes will also be available. And Yes, the Create-a-Park and Create-a-Skater modes will also return! For the first time, an advanced editor with new personalization features will be available in Create-A-Park mode. Players will be able to share their skateparks with friends and customize the appearance of skaters to their liking. In addition, users will be able to play for their favorite professional skaters: Tony Hawk, Bucky LASEK, Steve cabalero, Jeff Rowley, Andrew Reynolds, Elissa Steamer, Chad Musk, Eric Coston, Rodney Mullen, Rooney Glifberg, Karim Campbell, Jamie Thomas and Bob Bernquist. The re-release will also feature new goals and challenges that will make the game even more interesting.

Activision with the YouTube channel @JablinskiGames to present the first look at the gameplay of the iconic Warehouse level. Players can already watch Tony hawk and Jack black play together on the level, exchanging jokes and comments. 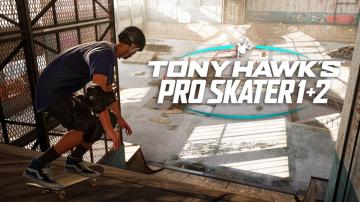