Novice farmers will explore a completely new world, where they will be waiting for familiar and new faces, unique villages and various adventures. And of course, you will need to develop your own farm. A completely new engine and new graphics have been developed for this game.

"Harvest Moon: One World will be a completely new Chapter in the history of Harvest Moon that will appeal to both long --- time fans of the series and new players," said Hiro Maekawa, President and CEO of Natsume. - For decades, the Harvest Moon series continues to develop, but it remains a fascinating farm simulator, true to family values. The new game engine and new graphics will make the series relevant in 2020. In the coming months, we will be sure to share more details about Harvest Moon: One World."

Can you imagine a world without tomatoes, strawberries, or cabbage? This is the situation that players will find themselves in the new Chapter of Harvest Moon. Only one ancient book will shed light on how things were in the past... Inspired by this unexpected discovery, players will go on an adventure not only in their hometown, but also around the world! Who will they meet on the way, and where will they end up? Players will literally be open to the whole world: from Sunny beaches to snow-capped mountain peaks. 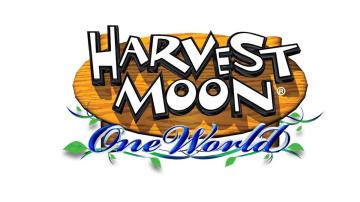