Angela Merkel says she is 'pained' by Russian hacking 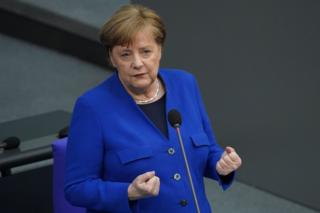 German Chancellor Angela Merkel has confirmed that she was targeted by hackers thought to be Russian military intelligence (GRU).

She was asked in parliament about a German magazine report that the GRU had obtained emails from her constituency office in a hacking attack in 2015.

"It pains me," she said, describing the hacking as "outrageous".

But the German chancellor added that she would continue to "strive for good relations with Russia".

The 2015 hacking reported by Spiegel magazine involved a theft of data from computers in the German parliament.

In 2018, the government's IT network also came under attack, amid reports that Russian hackers were also to blame.

The Russian government has denied hacking the German parliament's data.

What is the GRU alleged to have obtained?

According to Spiegel, which did not cite its sources, German experts managed to partially reconstruct the hacking attack and found that two email inboxes from Mrs Merkel's office had been breached. They reportedly contained emails from 2012 to 2015.

In 2016, Germany's domestic intelligence agency publicly accused a hacker group thought to work for the Russian state of being behind the cyber attack.

The group, known as Fancy Bear or APT28, is also thought to have been behind cyber attacks on the 2016 US election.

"Every day I try to build a better relationship with Russia and on the other hand there is such hard evidence that Russian forces are doing this," Mrs Merkel was quoted as saying by AFP news agency on Wednesday.

"Unfortunately the conclusion I have reached is that this is not new," she said, adding that "cyber-disorientation, the distortion of facts" were all part of "Russia's strategy".

Two years ago, Russian foreign ministry spokeswoman Maria Zakharova denied Russia had hacked the German parliament (Bundestag) with a cutting joke: "We broke into the Bundestag only once, in 1945, while liberating Berlin from the Nazi scourge. At that time, it was called the Reichstag."

Why would Russian hackers target Germany?

Relations between Russia and the EU's economic powerhouse, and Mrs Merkel and President Vladimir Putin, are complex.

On the one hand, Mrs Merkel was swift to condemn Russia's 2014 annexation of Crimea from Ukraine, and has defended continuing EU sanctions.

But she has also championed - despite opposition at home and further afield - the Nord Stream 2 pipeline, which will double the amount of Russian gas coming into Europe via Germany.

Thousands of German companies still do business with Russia and some lobby against sanctions, which they argue cripple trade. 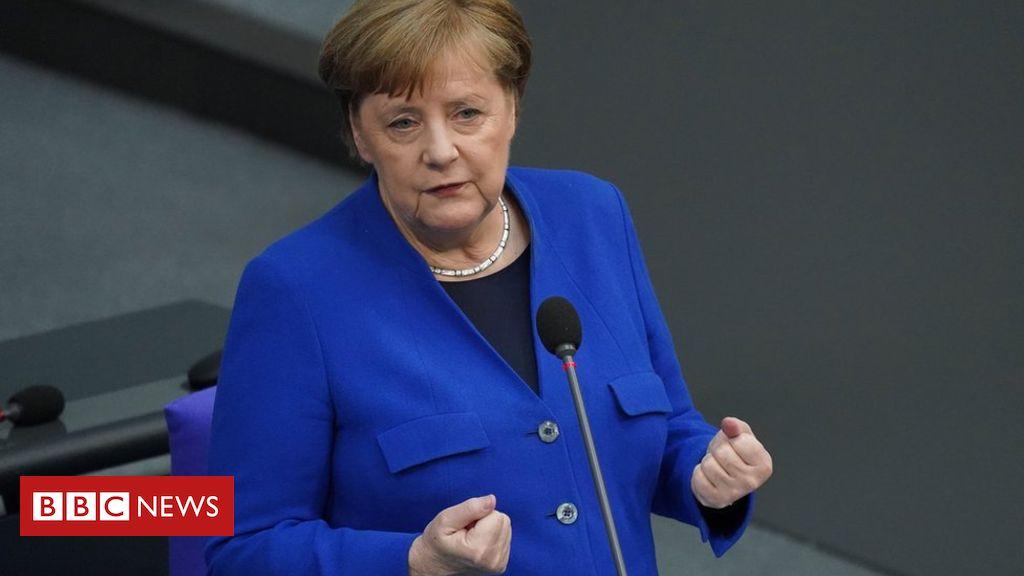