Vice-President at ESL , Ulrich Schulze assessed the impact of the pirated streams on the tournament organizers.

"We respect Valve's position and understand the company's intentions regarding the community. But here are the difficulties associated with this:

1.it is no Longer possible to guarantee partners who stream in a particular language or platform that they will be the only ones who will broadcast the tournament (in that language). This alone can reduce revenue, because it is usually one of the key factors when selling media.

Now, of course, we understand that broadcasting on a not very reliable platform or platform with a small set of features can become an occasion to watch the tournament on Twitch, for example. But if the main broadcast in any language is conducted on Twitch, this argument becomes less convincing.

I do not agree with the fact that all this accounts for up to 40% of the loss of revenue. But if you are a streamer broadcasting tournaments from DotaTV, you should know that you are doing this at the expense of the tournament organizer. It is not true to say that this has zero or minimal impact, " Schulze wrote.

"Twitch itself pays other games, and in DotA we pay it." Kyle smashed the pirate streamers (and Valve) that are ruining DotA

Passed a lot of games and constantly roll in the DotA? Come in and win a prize! 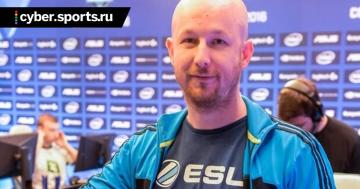