"There is one important aspect related to exclusive rights in DotA and eSports that is not mentioned in the blog at all Picks.

Do you prefer the open Valve ecosystem to the approach of Riot and Blizzard? Well, then we will have to deal with Valve's laissez-faire attitude to eSports.

Valve does not have, and has never had, a single employee dedicated exclusively to eSports. How Valve works differently.

Scold Blizzard or Riot as much as you like, they spend huge resources and pay considerable attention to eSports and resolving similar situations. All this is happening because of Valve.

Valve is not the perfect organization that many in the eSports industry see it as. Companies like Blizzard, Riot and Epic are easier targets, they should not be treated like this," Rod concluded.

On April 13, AdmiralBulldog criticized Kyle for his words that unofficial streams take away 30-40% of the audience from tournaments. In response, Kyle said that since the beginning of the DPC-2018 season, no major has made a profit.

V1lat compared stream Bulldog, Sadovaja and Gorga with the theft of sausage in the store.

Simple swore at Hayter on Twitter. This is unworthy of a great player

Passed a lot of games and constantly roll in the DotA? Come in and win a prize! 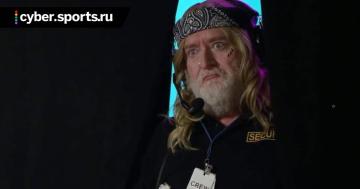