Tesla plans to introduce a cheaper, longer-lasting battery in Model 3 sedans produced for Chinese customers. With the industry awaiting the next breakthrough in battery tech, and the hope that such a development will bring electric vehicle pricing closer to internal combustion units, this is a big deal.

Initial data also seems to suggest these cells plan on delivering --- offering more affordable production options and a million-mile lifespan (a claim always worthy of a grain of salt). According to those familiar with the plan, the batteries also have the capability to be extracted from cars to serve as home-energy solutions. Battery waste is going to become a serious problem once EVs enter into the mainstream. Tesla's new plan might fail to address the endgame, but it could prolong their usefulness and buy additional time before they have to be recycled or stored at specially designated waste containment areas that can handle hazardous materials.

An exclusive report from Reuters said the new battery is the result of Tesla's joint venture with China's Contemporary Amperex Technology Ltd. (CATL). The technical foundation is all Tesla, with a swath of experts in the field being selected by the automaker to fine tune the package in Asia. The goal is to continuously improve the system so that ever-higher ranges and lifespans can be reached --- with the additional target of finding ways to utilize the units for secondary purposes that might feed into (or grow) Tesla's existing business structures.

The first batteries will reportedly appear in long-range variants of Chinese-made Model 3s. However, the automaker eventually plans to spread them to all markets. Reuters said it also represents a shift in Tesla's corporate strategy --- repositioning the automaker as an energy solutions company that also happens to build electric vehicles.

While one assumes CEO Elon Musk will gradually explain what this entails over a period of months (maybe years), we're already got a fairly good idea of how it plans on building energy dense batteries at a lower cost.

CATL has endeavored to manufacture a less expensive way of packaging battery cells, and appears to have landed on a tactic it calls "cell-to-pack." The design integrates battery cell production and the finished package that goes inside an automobile, saving costs and weight. It's also extremely similar to a patent application initiated by Tesla that involves stacking cells in a common enclosure that can also be used for a structure and heat transfer fluid conduit (simplifying production). CATL has likewise developed lithium-iron phosphate batteries which don't require rare/expensive metals like cobalt.

Tesla's new batteries will rely on innovations such as low-cobalt and cobalt-free battery chemistries, and the use of chemical additives, materials and coatings that will reduce internal stress and enable batteries to store more energy for longer periods, sources said.

Tesla is working on recycling and recovery of such expensive metals as nickel, cobalt and lithium, through its Redwood Materials affiliate, as well as new "second life" applications of electric vehicle batteries in grid storage systems, such as the one Tesla built in South Australia in 2017. The automaker also has said it wants to supply electricity to consumers and businesses, but has not provided details.

As previously stated, automation will play a major role here, though it's impossible to understate the importance of the battery tech itself. Tesla and CATL appear to be throwing everything they have into the mix to ensure the next round of batteries make EVs harder to snub. While improvements in rage are estimated to be fairly impressive, the all-important factor is declining production costs.

CATL's low-cobalt NMC battery packs are close to $100 per kilowatt hour. But its lithium iron phosphate battery packs have fallen below $80/kWh, with cells boasting a per-kilowatt-hour price below $60/kWh. In the past, we've heard industry leaders suggest $100/kWh for battery packs is the level where electric vehicles begin to break even with internal combustion vehicles. Others say it's closer to $70/kWh.

Either way, Tesla sounds to be getting very close to that mark. A battery tech announcement is apparently scheduled for late May. This should shed some more light on its long-term goals and give us some idea of how close these promising advancements are to yielding fruit. Expect Musk to discuss automotive applications for the new battery tech and what else it might be plotting in terms of energy storage. Do not expect him to give you a reliable timeline or spare the hype, however. 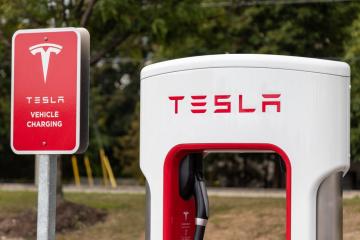