"Icoria: The Lair Of The Giants>> --- new map release for Magic: The Gathering . It was previously available in the digital MTG Arena , and today Wizards of the Coastannounced the release of a desktop kit.

The main theme of " Icons>>--- confrontation between people and huge monsters. In Ikoria, many members of the human race hide from monsters outside the walls of cities, but there are also those who live in the wild and worship giants --- such people are called uzomants. You will have to choose a side-help the Giants or fight back.

"Icoria: The Lair Of The Giants>> includes regular and collectible boosters, as well as five ready-made decks for the Commander format. This is the first time that the "Commander" decks start simultaneously with the main set. The full map collection can be viewed here.

Among other things, the release includes 16 unique Godzilla Monster Series cards, including Godzilla and other creatures from the Japanese company Toho . Special cards can be found in collectible boosters and when purchasing a display of boosters under the Buy-a-Box program. For more information, see this article .

Desktop MTG boosters are sold in hobby stores, including Online. If you prefer "digit", then download Arena from its official website or in the Epic Games Store. 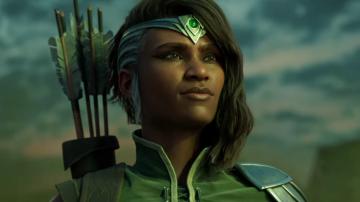