In War Thunder will be a line of the Italian fleet

Gaijin Entertainment has announced that the online military action game War Thunder will feature a line of the Italian Navy --- more than twenty iconic ships that were in service with the country before, during and after World war II. Testing of the line will begin in a few weeks, with the release of the next big update.

In the update, war Thunder players will be able to evaluate the features of the Italian approach to shipbuilding and try a variety of combat units --- from nimble torpedo and artillery boats to the heavy cruiser Trento. Although the Italian Navy during world war II had Autonomous and seaworthy large ships capable of fighting in the ocean, a significant part of the combat staff was intended for operations near bases. As a result, all the high-profile victories of the surface forces were won on their native Mediterranean sea and are associated either with the protection of their own convoys, or with the interception of enemy convoys. For example, during operation Pedestal near Malta, MS-type torpedo boats sank the cruiser Manchester and five vessels escorted by it. On the contrary, the Turbine-class destroyers became famous for the story of how, at the cost of the heroic sacrifice of the ship Espero, the Italian Navy was able to deliver military supplies to Tobruk.

After the release of the update, players will be able to access the closed beta testing of the Italian fleet-Regia Marina-and discover new content by completing daily tasks inside War Thunder. For buyers of one of the pre-order sets, the entire branch of Italian ships will be available for research immediately after the patch is released. One set includes the P 420 Sparviero hydrofoil gunboat with an automatic 76 mm gun, built in the early 1970s and served in the Italian Navy until the end of the cold war. In the other --- the 1942-model destroyer Geniere with five 120-mm guns and two three-tube torpedo tubes.

The update will also include land, air and marine equipment from other countries, which will be announced later. To be the first to know what else will appear in War Thunder in the near future, follow the news on the official website. 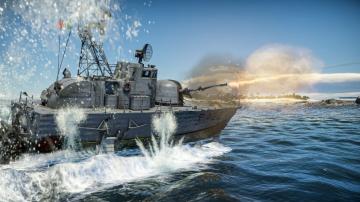