The Finns from Remedy left plenty of hints about the connection between the worlds of Control and Alan Wake . In an interview with Game Informer, the Studio's artistic Director, ++Sam Lake,++ finally confirmed the players ' guesses --- Yes, the events of the games really happen in the same universe.

According to the developer, before the release of Control , the authors did not spread about this because he wanted to link the games unnoticed. They say that if you carefully explore the locations,you will understand everything.

We can look back at the events of Alan Wake and see how the Bureau sees Them. Well, after the otherworldly incident in bright falls, they suddenly had a terminology describing what happened. Some people say, "I like Alan Wake , but I didn't quite understand the plot. After playing Control, I finally got it!>>

According to ++lake++ , in the upcoming AWE add-on for Control , the company will shed more light on the events of Alan Wake and tell you about the current state of Affairs.

Recall that AWEwill send the main character to the investigation Department --- a new part of the Oldest House, where the Bureau studies Alternative World Events. In addition to new story missions, the Supplement will offer fresh opponents and game mechanics. The release is scheduled for mid-2020.
PC, PlayStation 4, Xbox One 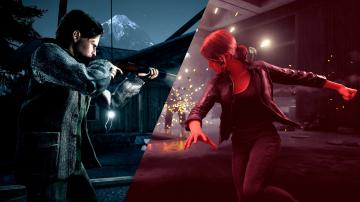