Sometimes a commercial runs afoul of government overseers for reasons only an uptight, power-hungry bureaucrat could understand. Recall the UK giving Ford a hard time for suggesting its Mustang could go fast --- perhaps even being capable of exceeding the speed limit. Worse yet, Ford implied that a driver might like it .

Over in Germany, an Instagram ad for the new Mk8 Golf took things in a more unsettling direction. We're courting controversy ourselves just mentioning the incident, knowing that very concerned parties monitor our material regularly for the purpose of expressing online outrage over imagined word crimes. However, this occurrence is real, and it's clearly something Volkswagen wishes had never happened.

The ad, which quickly drew complaints about racist elements, has since been pulled, with Volkswagen brass issuing apologies for its content. If you're curious, it exists in GIF form in this Financial Times piece .

Yes, that's a giant white hand flicking a black man away from a parked Golf, thwarting his attempts to enter the car and eventually sending him back through the doorway of a cafe called "Petit Colon" (which Deutche Welle notes can be translated into "little settler"). If that loaded imagery wasn't enough, the lettering that appears on the screen ("Der Neue Golf," or The New Golf) does so haphazardly. The first letters to show up briefly spells, in an alphabet soup sort of way, the German version of the N-word.

Sometimes, there's no there there when it comes to ad complaints. Here, there's definitely some there there.

To use internet parlance, not a great look for an automaker that hosted four concentration camps and eight forced labor camps on the grounds of its massive Fallersleben assembly plant in wartime Germany. By war's end, some 60 percent of the plant's workforce was slave labor, consisting mainly of Jews, Soviet POWs, and Polish and Hungarian civilians. It's a terrifyingly dark history the company has repeatedly apologized for.

And yet Volkswagen keeps finding itself in hot water --- water it single-handedly placed on the stove top. The most recent collision with its Nazi past came last year when CEO Herbert Diess triumphantly declared "Ebit macht frei" (or, earnings before interest and taxes make you free) during an internal meeting. VW apologized for Diess' decision to make partial use of the phrase that once greeted doomed masses at the gates of the Auschwitz concentration camp ("Arbeit macht frei").

This time around, the blunder didn't come at a company meeting. It was viewed on peoples' phones.

"We understand the public outrage at this. Because we're horrified, too. This video is an insult to all achievements of the civil rights movement. It is an insult to every decent person," wrote Juergen Stackmann, VW brand board member for sales and marketing, and Elke Heitmueller, head of diversity management, in a message posted to Twitter and LinkedIn.

"We at Volkswagen are aware of the historical origins and the guilt of our company during the Nazi regime. That is precisely why we resolutely oppose all forms of hatred, slander/propaganda and discrimination."

You'd think a carmaker that once hosted concentration camps on its property would run its marketing materials past a few more people to prevent annual declarations of historical guilt that hurt its PR. Yes, you'd think that.

Of course, car companies outsource most of this stuff, which isn't to say that company brass can't review the final product. In a statement to Reuters , VW said is investigating how exactly the Instagram video came to be. 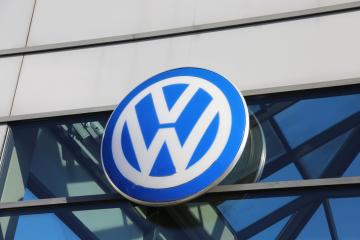