In the evening of June 25, 2020, the game Studio CD Projekt RED held an online presentation Night City Wire, in which the developers presented two new game videos Cyberpunk 2077. In the first video, the plot of the video game's prologue is slightly revealed: the main character V and his partner Jackie are preparing to Rob a large Corporation to steal an important biochip.

In the second trailer, the developers of CD Projekt RED presented part of the main game mechanics-braindance, which allows you to experience other people's memories in the world of Cyberpunk 2077. In the excerpt shown on Night City Wire, the hero experiences the memories of a bandit who tried to Rob a store and was shot dead on the way out. Fragments can also be "edited", exploring a small location and noting some details that will be useful when planning a future mission. The developers plan to use the mechanics as a platform for a variety of stories --- from sexual to dramatic and comedic.

The company also announced an anime based on Cyberpunk 2077. All 10 episodes of the show with the subtitle Edgerunners will be released on Netflix in 2022. The composer will be Akira Yamaoka. Fans are waiting for an independent story in the universe, not an adaptation of already known events.

The game will be released on November 19. This is the second postponement of the release date of the game --- previously it was planned for September 17, and initially-for April 2020.

The November release of Cyberunk 2077 will take place on all platforms at the same time --- you can play it on PC, PlayStation 4 or Xbox One. #interesting #HD 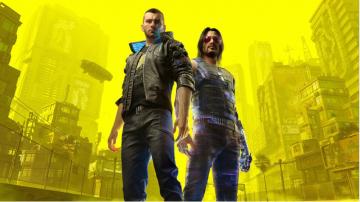