Norway's right-wing Progress Party is quitting the government over a decision to bring home from Syria a woman suspected of affiliation to the Islamic State (IS) group and her two children.

"I brought us into government, and I'm now bringing the party out," said party leader, Siv Jensen, who is also resigning as Norway's finance minister.

PM Erna Solberg said her centre-right coalition would stay on as a minority.

The woman and her family returned to Norway on Saturday.

The government had earlier said it would help in their repatriation so one of the woman's seriously ill children could get medical treatment.

The name of the woman has not been released.

She is reported to have been brought up in a Norwegian-Pakistani family in Oslo.

In 2013, she left Norway to live in the territory held by the IS group.

The decision to allow her back into Norway had triggered heated debate. 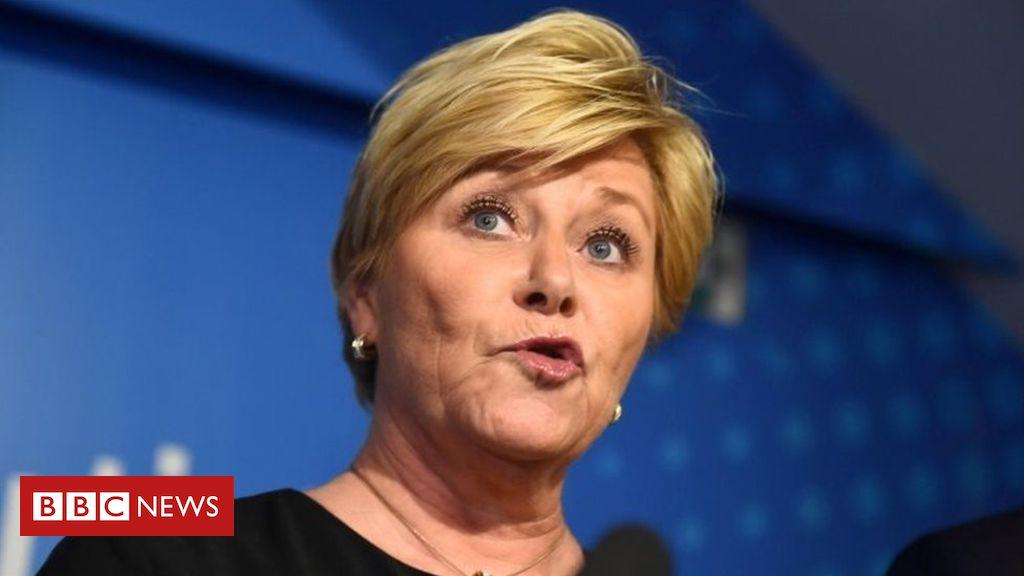